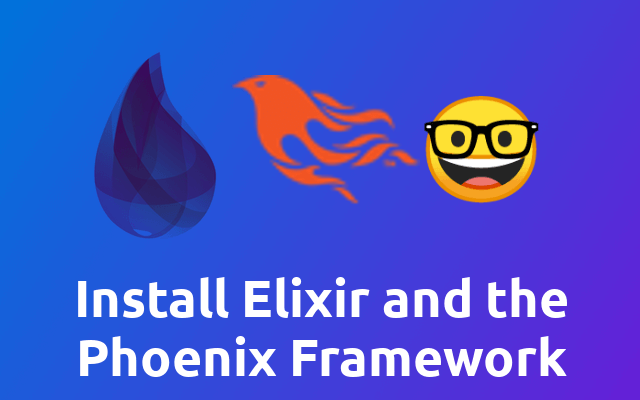 My starting point however in order to learn elixir will probably be the getting started guide (opens new window) in their documentation.

# What is the Phoenix Framework?

Phoenix is a Framework for the Elixir language - much like Laravel (opens new window) for Php (opens new window) - and provides you a basic application structure and lot's of tools and helper. That's why it is a nice starting point to start my journey.

You can install the elixir language directly on your system, or you can use the official docker containers. We will take a short look at both of it.

The installation (opens new window) is rather simple and strait forward, so you should not have problems with it 😉

In order to use the docker setup you need to have docker installed. If you haven't done so yet, you can checkout this article in order to do so.

Once you have docker installed, you can run the following to execute pull and execute the elixir docker (opens new window) container.

This might take some time but once it is done you should find your self in an active Elixir shell session (iex (opens new window)) session. 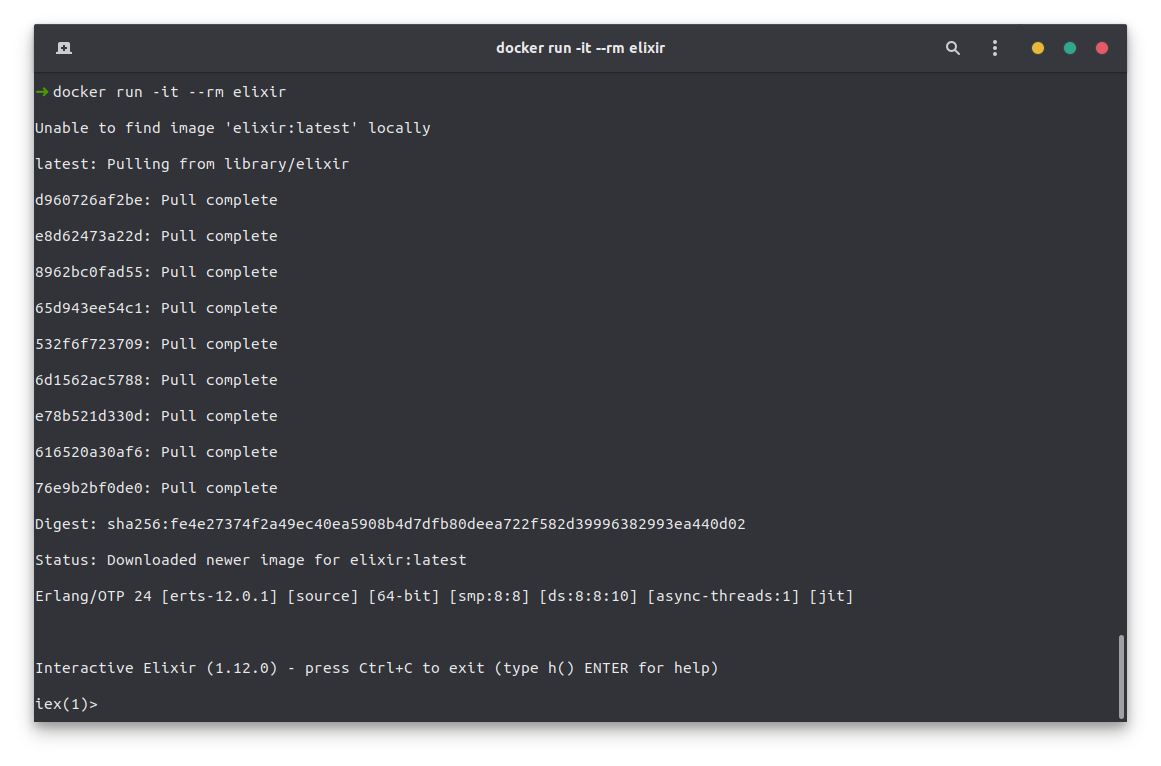 If you need to access the docker container itself, you can use the following to access it through a bash terminal.

If you need to manage multiple Elixir versions, then you might want to check out the available elixir version managers (opens new window).

# Check Installation of Erlang and Elixir

Whatever installation method you choose, once done you should check if Elixir is available to you now. To do yo you can check the elixir version.

This will show some information about elixir and the environment it was build for.

Once we have installed Elixir we can setup the Phoenix Framework (opens new window).

Hex (opens new window) is a package manager for the Erlang ecosystem that we can use to setup Phoenix. If you have installed Hex already, this command will simply update Hex to the latest version.

Phoenix provides an application generator that we can install using Hex.

Phoenix is using webpack (opens new window) to compile the assets of your application like Javascript and CSS, so if you plan on building a frontend for your application you will need have node installed. I recommend you use nvm to do so.

Phoenix comes pre-configured for PostgreSQL (opens new window). If you want to change this to something else, you can use the --database option to do so. Phoenix is using the Ecto (opens new window) package to manage the communicate with the database, so there should be no real differences for you.

For example, I am more familiar with MySQL (opens new window). That's why I could use the following to start a new phoenix project.

For the sake of this tutorial however I'm going to use PostgreSQL (opens new window). To install it on ubuntu, you can simply run the following.

You can reach your postgres server with the following. It will execute the postgres client psql as the user postgres of your system - yes, postgres created a new user on your system 😉

In order for Phoenix (actually the Ecto package) to access the database we need to set a password for the postgres user, because per default postgres is not using passwords - I need to wrap my head around it too 😅

You can exit with exit or \q.

If you plan on using the live reloading feature while developing your frontend, you will need to install the inotify-tools (opens new window).

For ubuntu the installation is rather simple. Just run the following.

Puh! That was quite a lot. But once we have our environment prepared, we can start the real journey!

Almost everything we have discussed so far is available in the Phoenix Framework installation guide (opens new window).

After preparing our environment for erlang, elixir and the phoenix framework, we can actually start setting up our own phoenix application. In order to do so we will use the following command.

If your application will not have a frontend, you can pass the --no-webpack flag so it is skipping the frontend setup.

If your application will not have a database at all, you can pass the --no-ecto flag that will skip the database setup.

# Proceed with the Phoenix Setup

After creating a new application, you will be prompted a list of tasks to perform.

If you encounter problems, while running npm install it might be because you are missing python. You can install it through sudo apt install python. The dependency comes through the node-sass npm package.

After running mix phx.server you can reach your phoenix instance through localhost:4000.

And that's basically it, you have installed Erlang and Elixir and are ready to proceed with your Phoenix Framework application 🥳

You can check out more about it in the Phoenix Framework documentation (opens new window).